A Brave Army Dog Lost His Life Protecting His Comrades During An Anti Terrorist Operation.

We honor Axel, an Indian Army sniffer dog who gave his life last month in the Baramulla district of Jammu and Kashmir. He will be honored with a “Mention-in-Despatches” during this year’s annual gallantry awards ceremony. Only a few days before India’s 76th Independence Day, the news was made, writes pets-tms 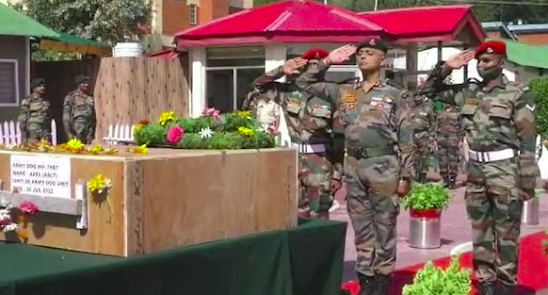 This will be the most prestigious honor bestowed upon a military canine in recent memory for their service in a counterinsurgency mission.

As a member of the 26 Army Dog Unit, the young German Shephard’s life was taken in the name of duty. News accounts place Axel’s arrival in the institution at around December of last year. 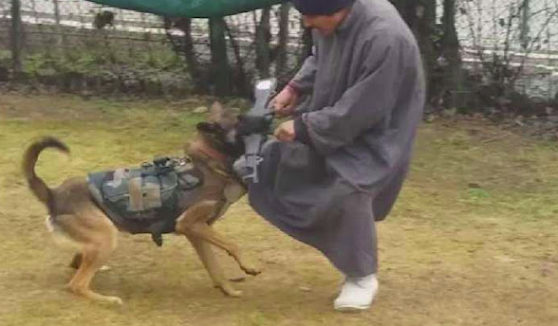 Axel reportedly accompanied the 29 Rashtriya Rifles on a counterterror mission. After Bajaj, another canine, had finished making the building safe for human entrance, Axel was sent in to look for the terrorists. 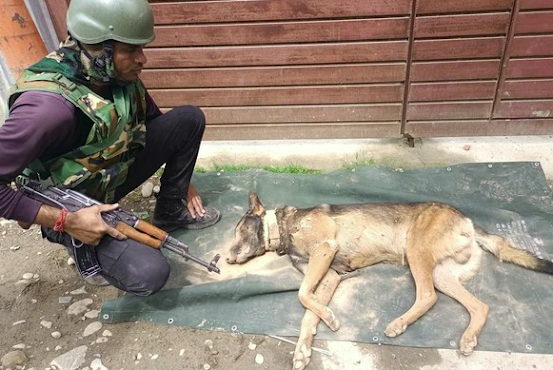 Axel worked carefully to empty the first room, but as soon as he reached the second, a cowardly terrorist opened fire. The Army claims that Axel was alive and moving for 15 seconds after being shot at before he collapsed.
After the battle ended, army personnel went and got the dog’s body. Axel, it has been reported, was severely injured, with many wounds and a broken femur. 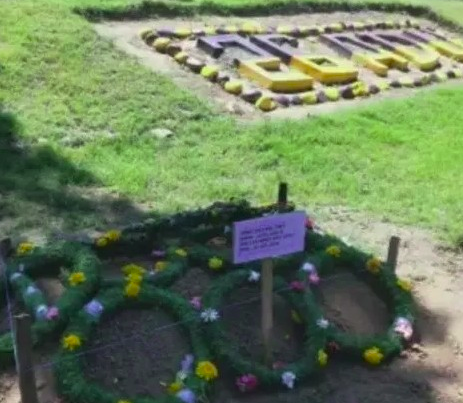 Not only has Axel been honored by the COAS, but so has his dog, Bajaj.
WION stated that after an eight-hour operation, the terrorist, later identified as Kupwara resident Akhtar Hussain Bhatt, was killed by security forces in Baramulla. The dead terrorist was affiliated with the outlawed Jaish-e-Mohammed group.