After 8 Years In A Cage, Rescued Circus Lions Touch Grass For The First Time

When we were kids, we once thought of the circus as one of the happiest places on earth. Sadly, though, we were wrong. People often enjoy watching animals performing clever tricks on their stage, and this sometimes has blinded us from the truth. These animals often spend their lives in small cages and are forced to perform tricks for audiences, writes animalchannel.

This group was determined to get the government to shut down animal circus operations. 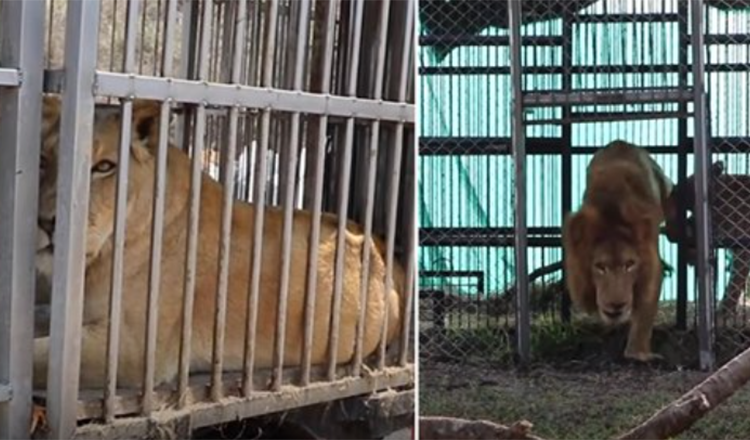 Animal Defenders Incorporated is an international campaigning group that protects animals from any kind of abuse. Their goal is to free these poor animals from living in an unhealthy environment.

This organization has shared their resources with other animal advocacy groups and involved themselves in several animal rescues. One of their global campaigns was called Stop Circus Suffering, and it urged the government to shut down circuses that use animals.

Be prepared to be heartbroken for these two lions they freed from a circus in Guatemala. 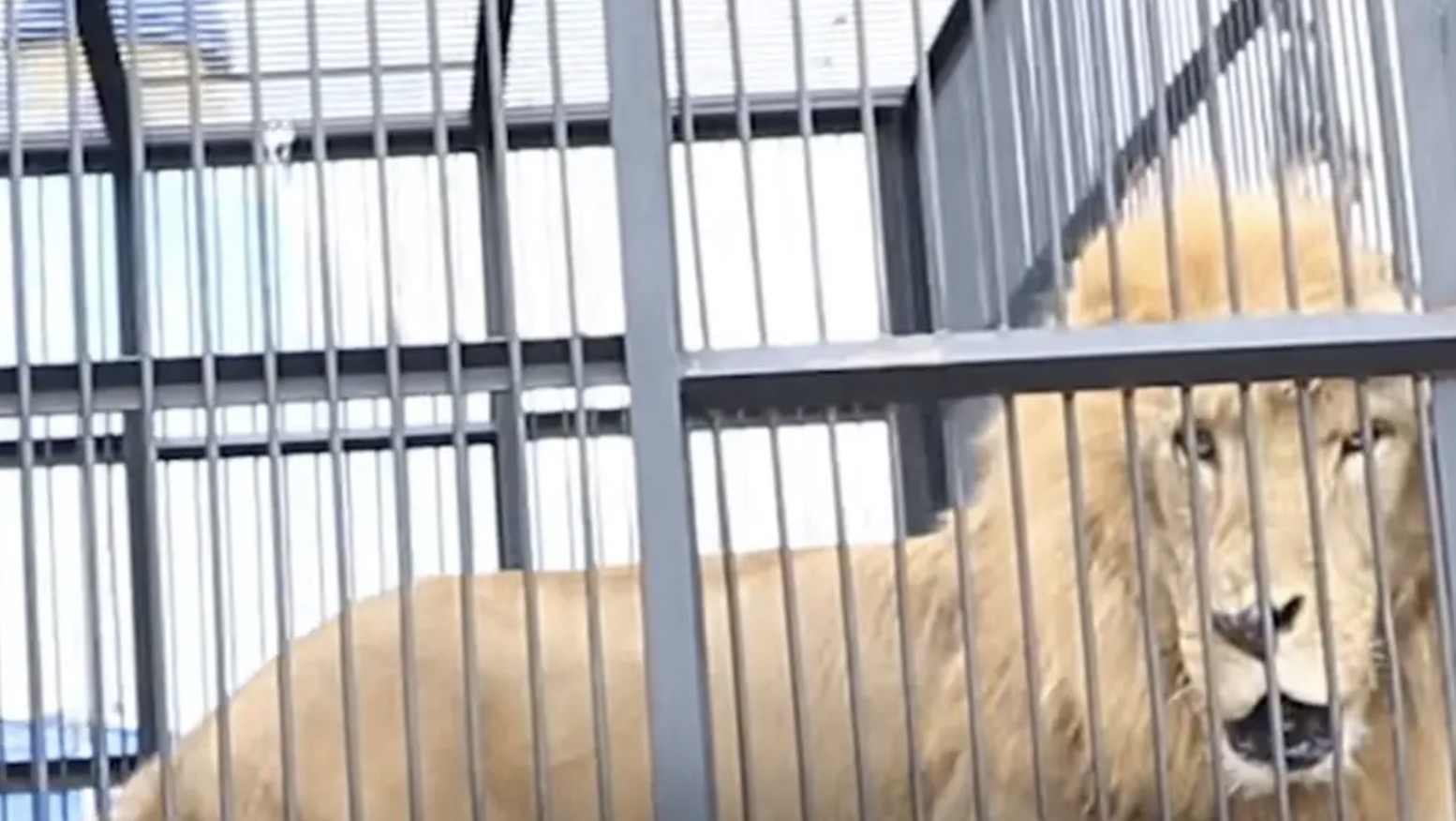 ADI went to a circus in Guatemala in pursuit of freeing nine tigers and two lions. Jan and Tim, the president and the vice-president of ADI, were present on the field to see the animals for themselves. The moment they saw the animals, they were saddened to see their current state, especially Tarzan and Tanya, the two lions in the circus. 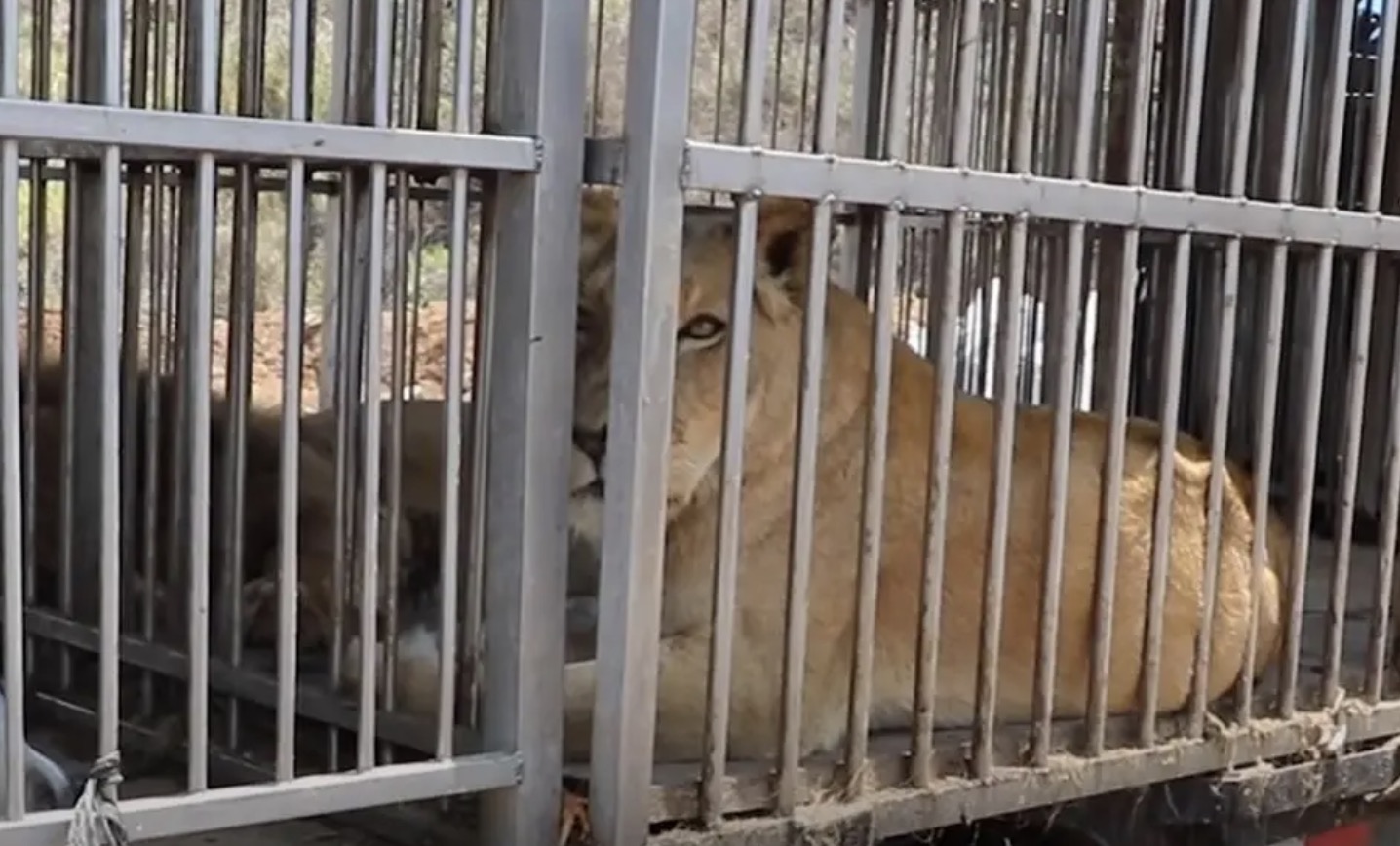 Upon looking at Tarzan, they noticed that his lower lip was hanging. Someone at the circus told them that Tarzan fought a tiger and the brave lioness Tanya defended him.

“Tanya’s quite tiny but she fought her heart out,” Jan told The Dodo.

Tanya and Tarzan were locked up in a small cage for most of their lives. ADI knew that these animals have gone through enough suffering and they were determined to free them from it.

ADI helps their rescue animals get healthy before transferring them to a bigger home. 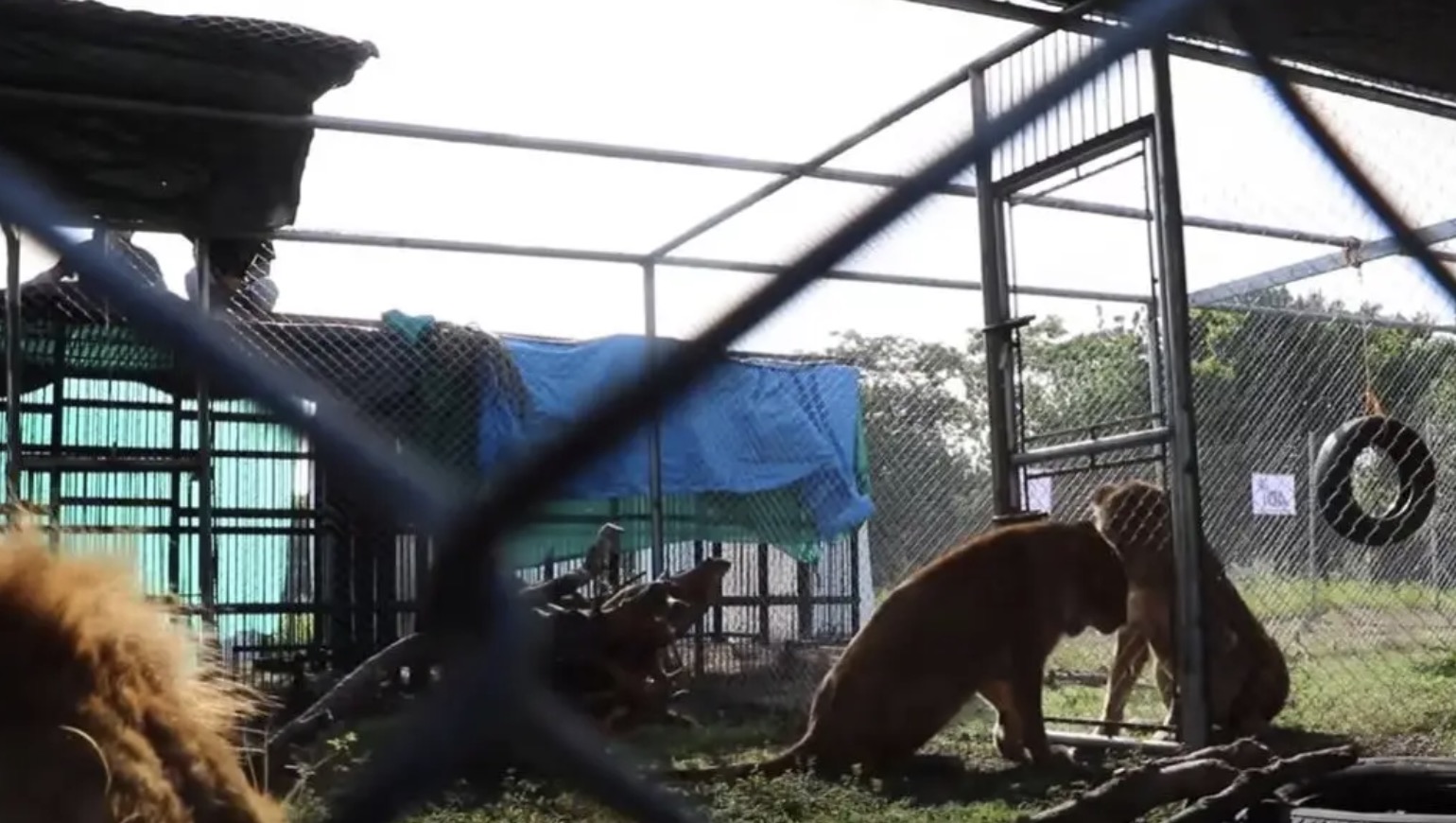 With ADI’s goal in mind, they rescue the animals from circuses and heal these animals first before setting them free in a much bigger home. A day after the rescue, they tried letting the gigantic cats roam on the grass.

You could notice Tarzan’s wariness the moment he stepped on the grass as it was the first time for him. It was not for long until they finally got used to the new place. Tarzan also has no worries since Tanya was always there to protect him.

Tarzan was having jaw problems, and so ADI fixed Tarzan’s lower jaw before it got infected. After the operation, they sent the lion back to his temporary home.

Tanya and Tarzan’s comfort level improved in the weeks after they arrived at the center. They played like kittens and were fascinated with every little thing that they came across. After a few weeks of preparation, ADI thought they were ready for their new home. 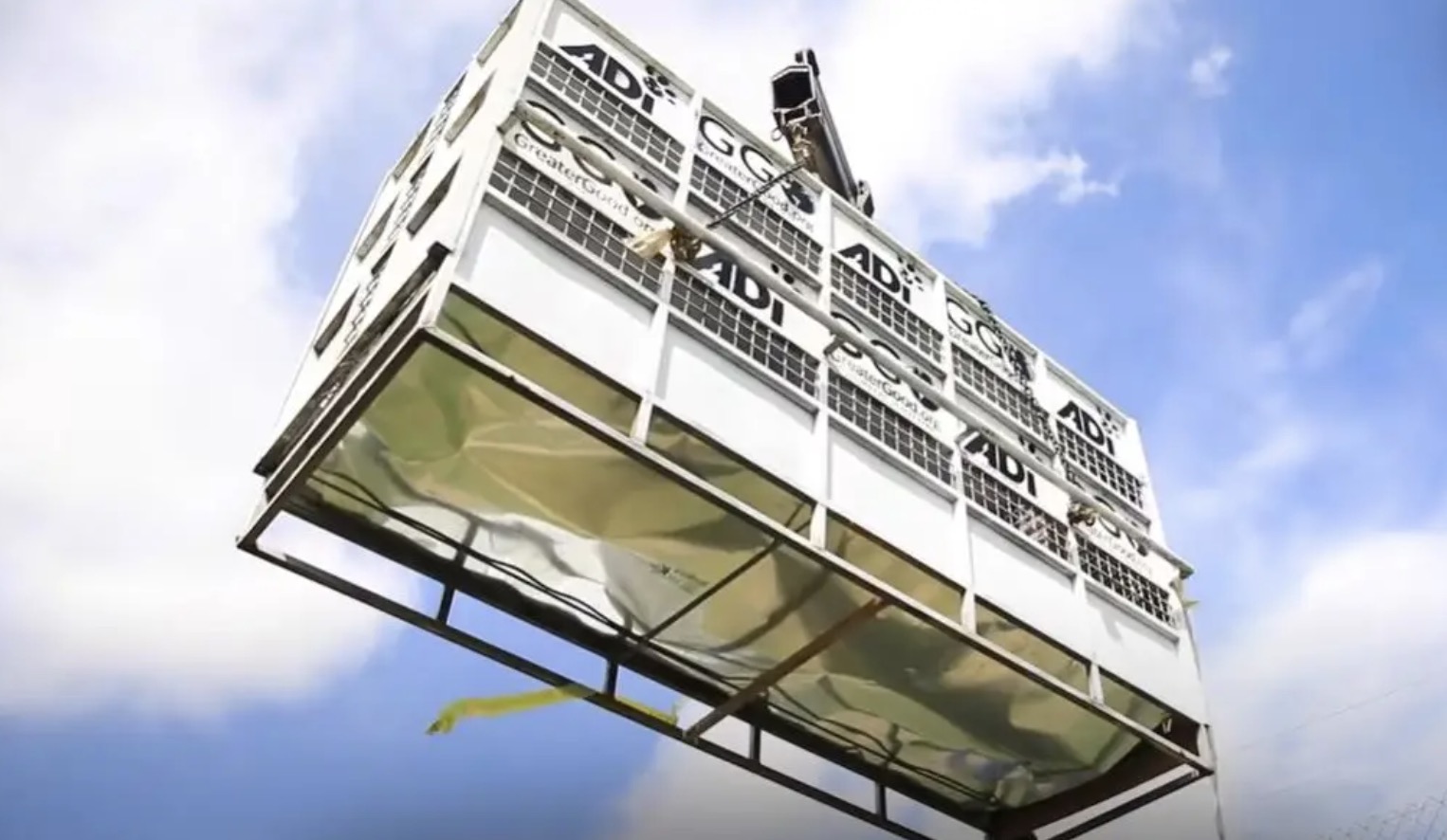 Finally, a place where the animals could spend the rest of their lives in peace.

It was time for them to be transferred to ADI’s sanctuary in South Africa. It was certainly a long journey as they had to stop four times before reaching the place. During the long hours of flight, Tim, Jan, and the rest of the crew did their best to keep the animals calm.

Finally, they reached their destination and slowly introduced the animals to their new home. 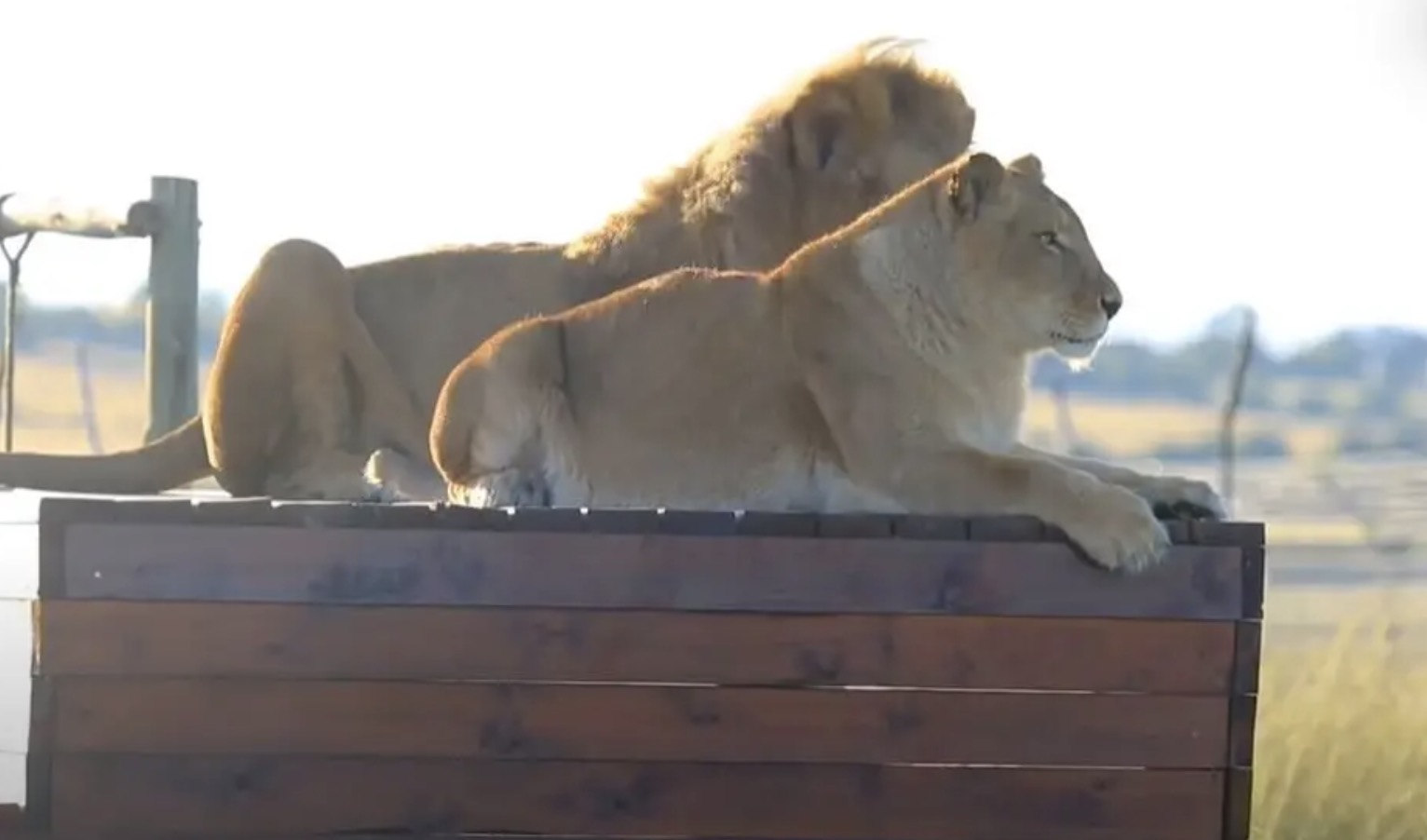 ADI made sure to keep Tarzan and Tanya inside the same enclosure because, with Tanya by Tarzan’s side, there was nothing for them to worry about.

Thanks to ADI, Tarzan and Tanya now have a wonderful place to call home. To learn more about these lions, check out the video below!

This story originally appeared on animalchannel.co