Bubby the Pit Bull was just a puppy when he was being used as a bait dog by a dog fighting ring. By the time he was rescued, he was physically and emotionally traumatized. He was terrified as his emaciated body was punctured and infected all over, writes ilovemydogsomuch

His wounds emanated a rotten stench and he was extremely shut down. These discouraging factors eventually pushed him up on the kill list.

Bubby was saved from euthanization at the last moment, but his troubles were far from over. He spent the next 2 months locked in a garage like a worthless piece of trash. Finally, a woman heard about his plight and adopted him without a moment’s thought. Bubby was depressed and confused as he sat in his savior’s car, not knowing his life was about to change forever. 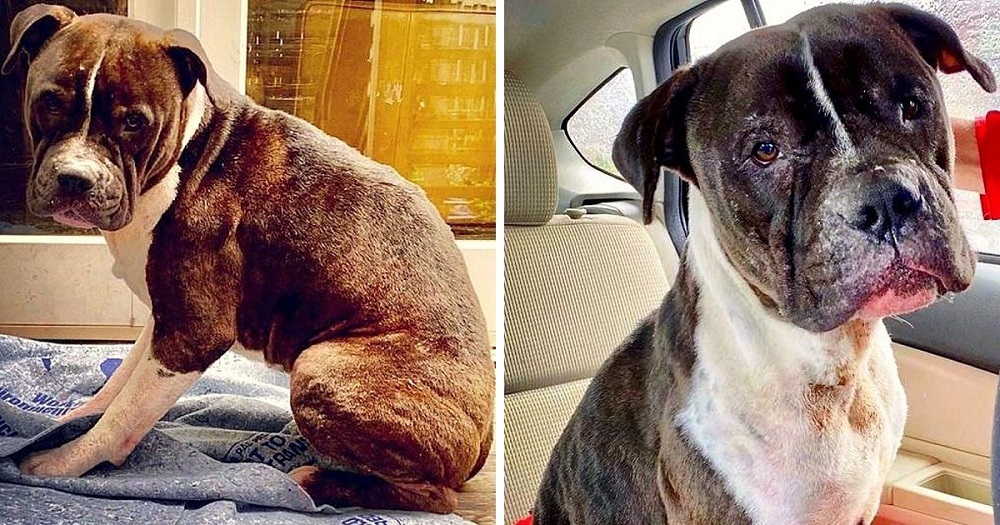 Bubby was touched as he received love and care for the first time from his new mom. She gave him enough space to overcome his shyness and fears at his own pace. Over the months, he impressed everyone by making an unbelievable physical and mental recovery. He grew especially attached to the woman who saved him, which ended up manifesting as acute separation anxiety (it is quite understandable considering what he has been through).

Bubby’s owner decided to crate train him to give him a sense of security and stability when she was not around. It was during this crate training that Bubby recognized a newfound feeling of comfort in blankets! Every morning, he would step out of his crate with his blanket and parade around the house snorting happily and wagging his tail away! 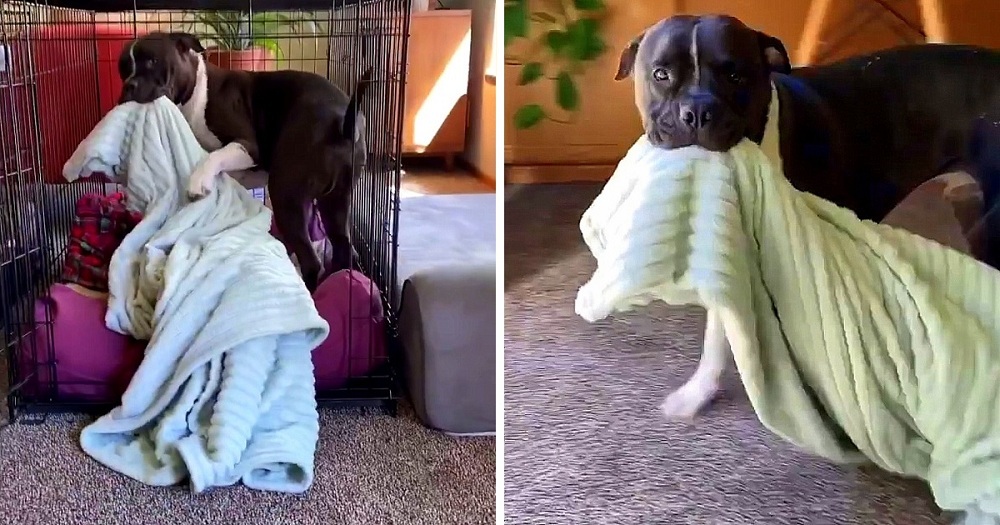 Bubby’s blanket became a safety shield for him that assured him that everything was alright. His traumas and nightmares dwindled away little by little, but his sacred “blankie routine” remained pretty much intact. With time, he developed similar devotion to his pillows, toys, and just about anything that felt like home! 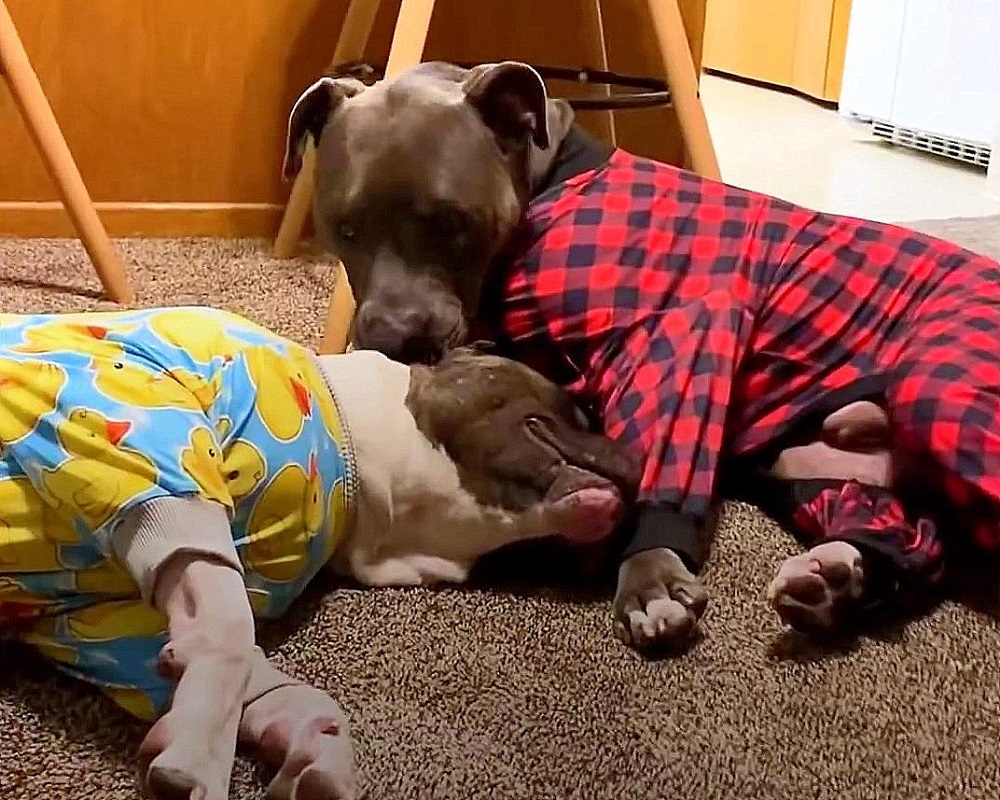 Bubby received the best gift from his family when they adopted another rescue Pit Bull named Simon to keep him company. They thought Bubby would finally lose his blanket obsession, but that never happened. As Simon deeply adored and looked up to Bubby, it was only a matter of time that he copied his brother’s blanket love without inhibitions! Aww! Pit Bulls are such adorable sweethearts!

Click the video below to watch Bubby learning to cope with his past traumas with the help of his infallible blanket.