A call came to Stray Rescue of St. Louis about a poor dog sleeping on street during a very hot day! Before ending the call, they asked the caller to send some photos of the dog to them to know the best way to help it. 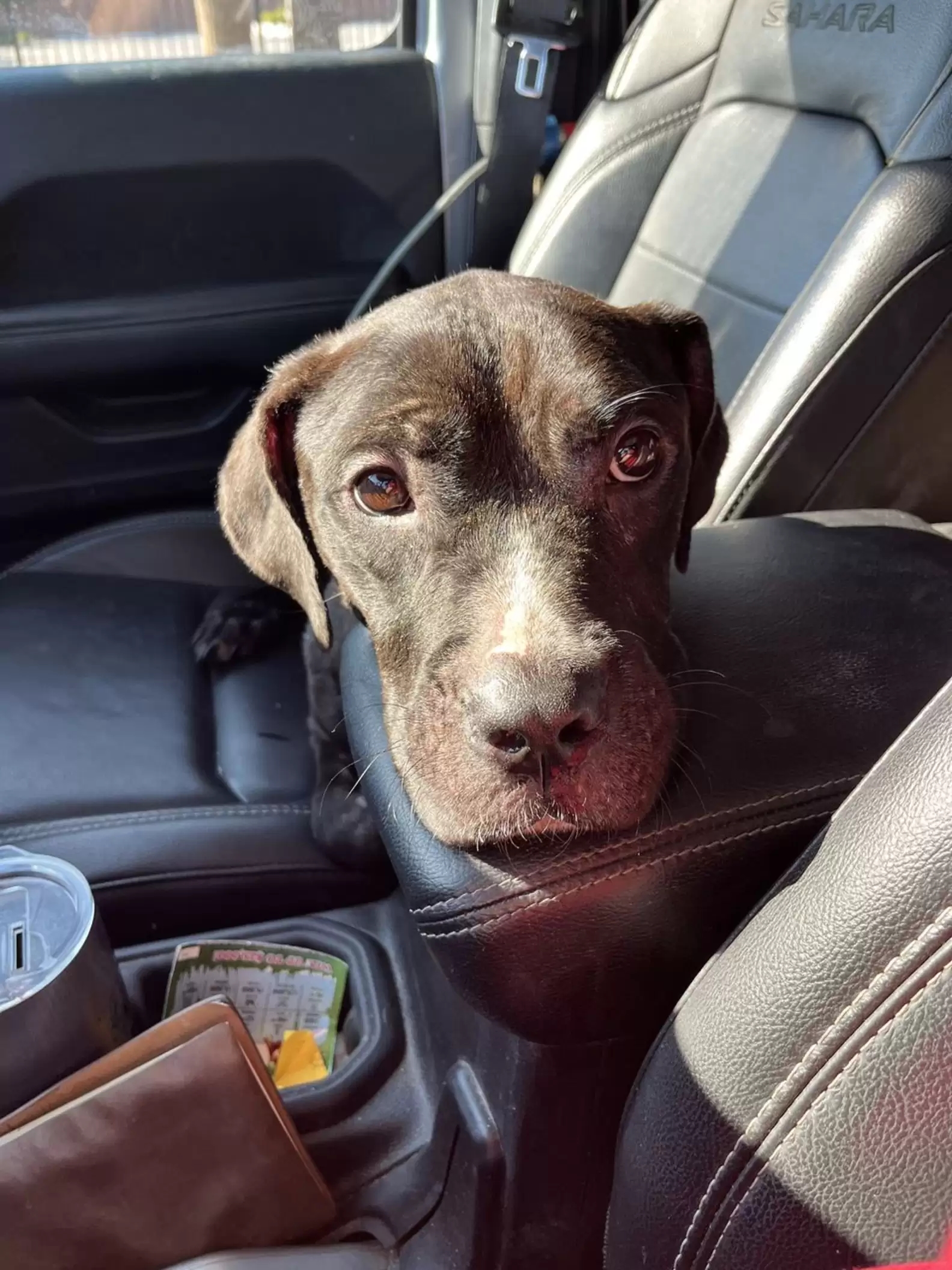 The photos showed that the dog was just skin and bones, so, the rescuers were directly sent to the scene, according to one of the Stray Rescue of St. Louis’s chief lifesaving officers, Donna Lochmann. 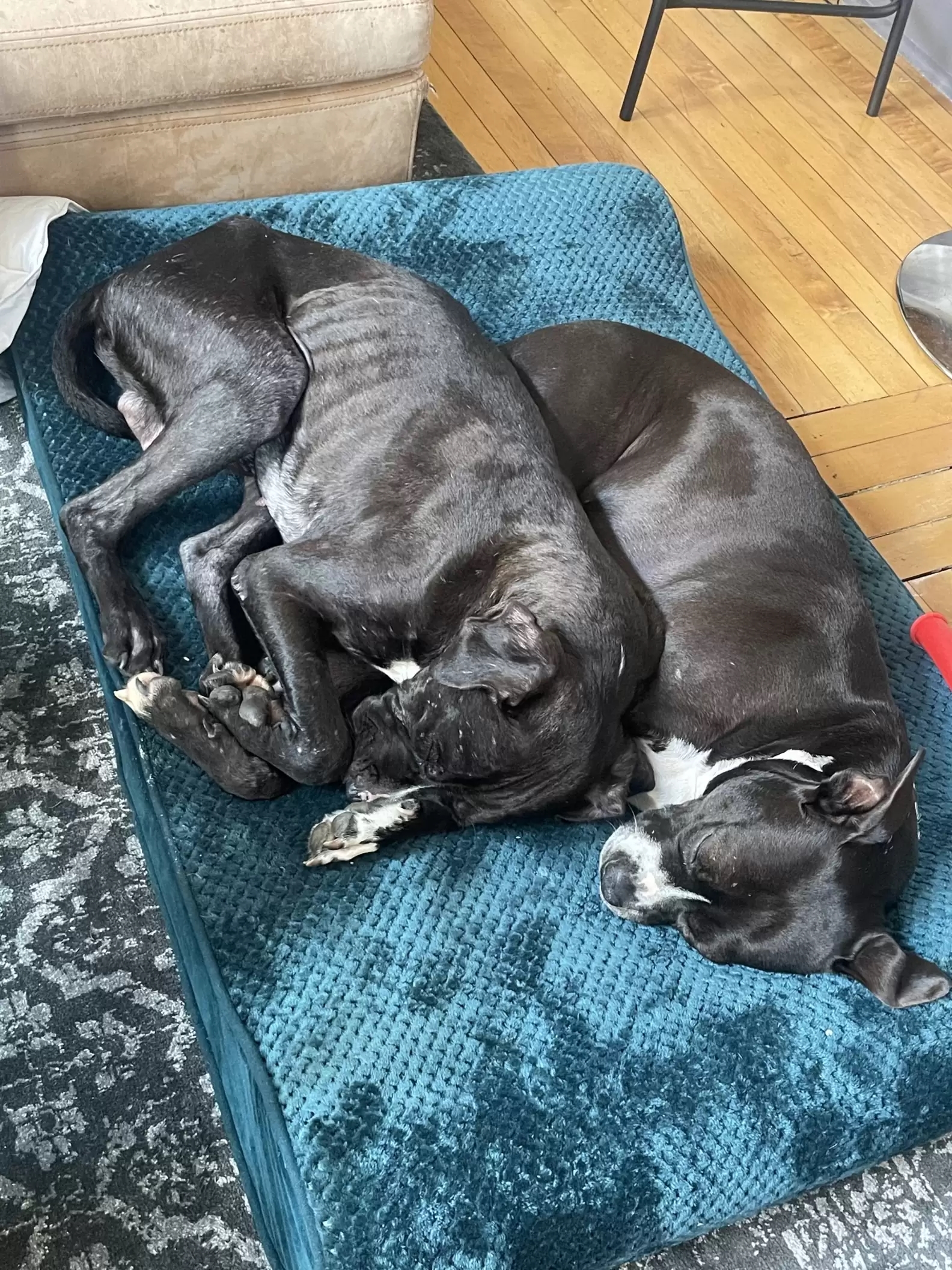 Lochmann went herself to help the dog, but she could not find it at first! But after checking the area, zhe found it in an alley. The dog was trying to stay cool by laying in the water, that came from a gutter. By taking a closer look, she directly knew that the pup needed an immediate help. 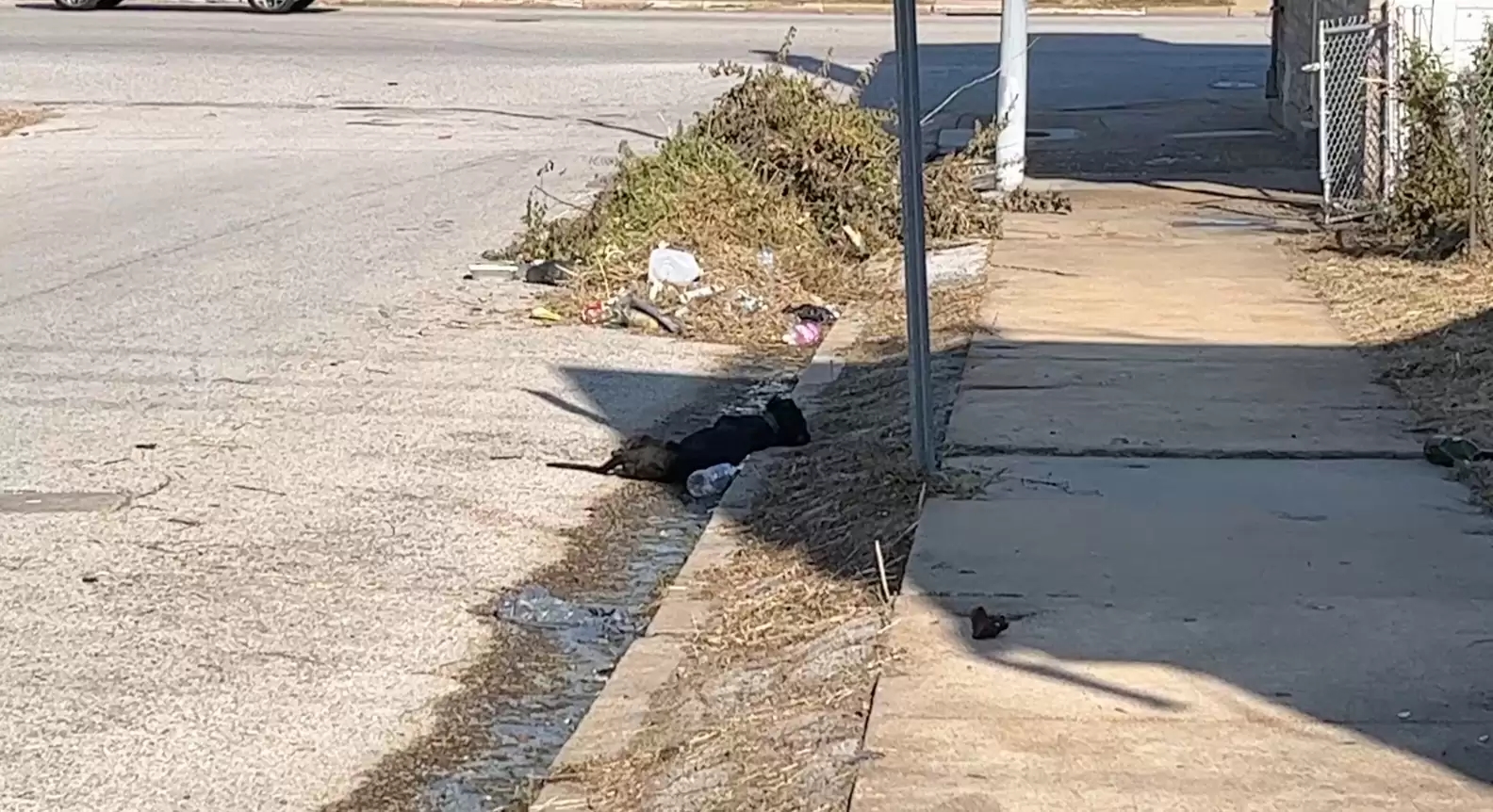 As soon as she tried to help the dog, he was cooperative with her and followed her to her vehicle easily. He even made himself at home when he sat in the jeep! 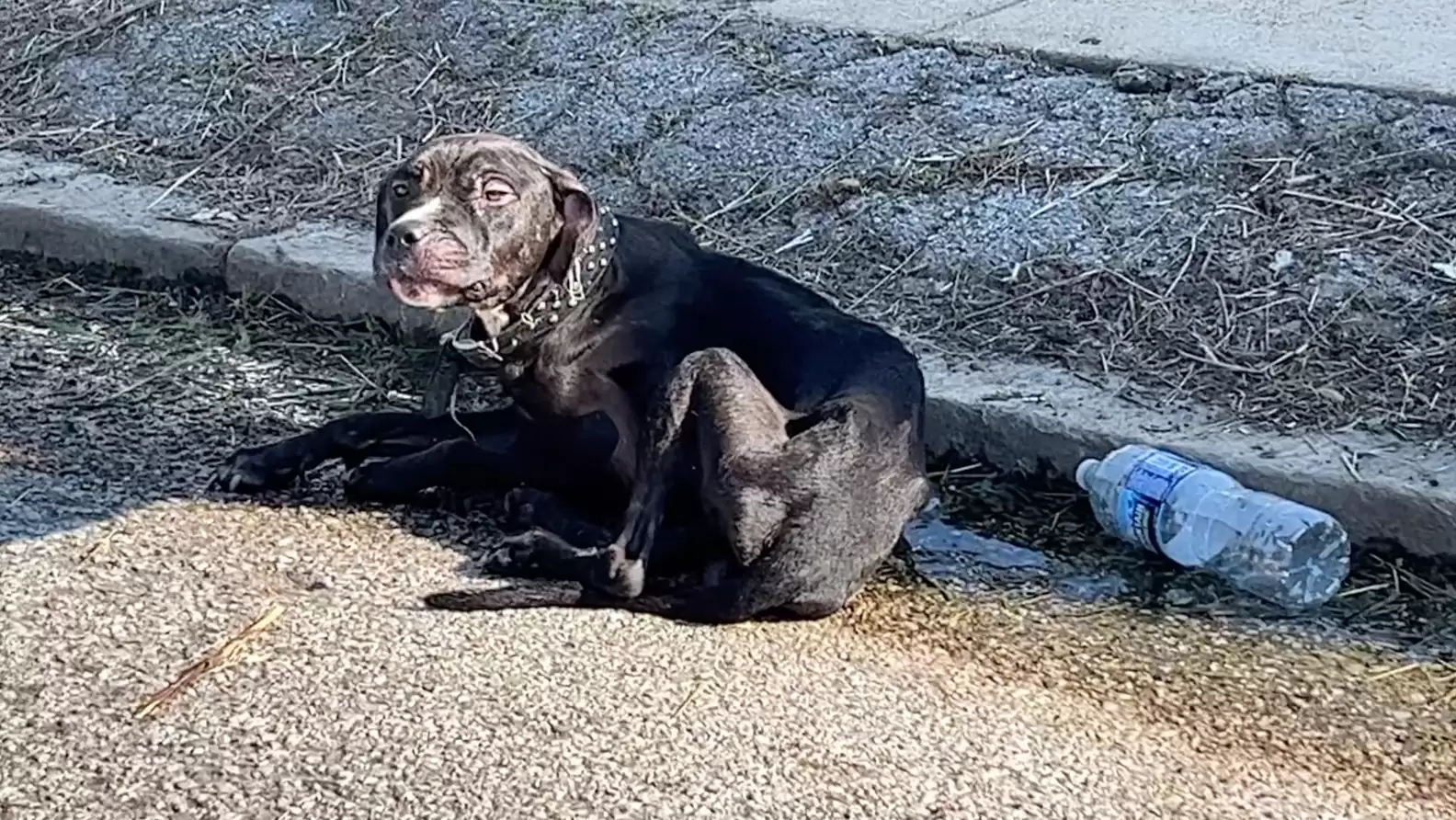 The dog seemed very comfortable to sit on the blankets Lochmann had in her back seats while the cool air coming from the AC. The dog, who was named Curby, was sent to a foster home to live with a king couple directly.