“Mum” Watched Over Him From Separate Chain, He Cries Out When They Take Her Away

In spite of laws in place, people continue to mistreat their animals. It’s an ongoing struggle for law enforcement and rescuers. But no one is giving up. With diligence and donations, rescuers fight for animals who cannot fight for themselves. We call them heroes because they are, writes ilovemydogsomuch

One hero, Takis, received a call about a “barrel dog” which is a common issue in Greece. In the video description, Takis writes, “Barrel dogs are unfortunately something common in Greece.” He explains that people chain their dogs on remote properties and use a barrel as a dog house. This is entirely against the law. But not many people report it or get involved. 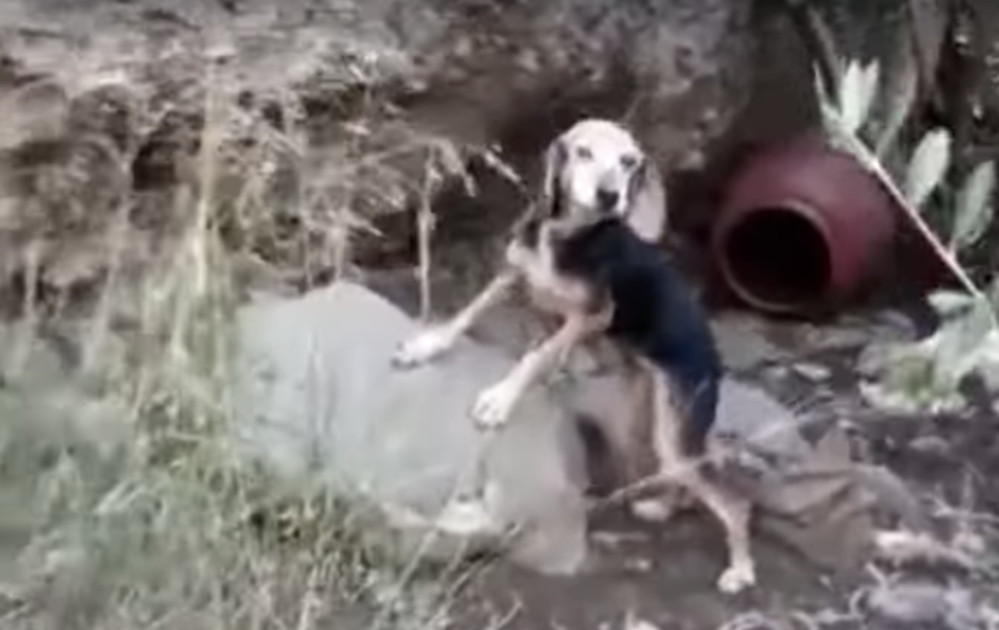 The police reached out to Takis because thankfully someone did report this case and asked that he go and get the dogs. He had no idea he’d come upon this! One dog was living in a stone cave beneath a large boulder. The owner had dug out space for the dog, then chained him there with a grate to hold him back. 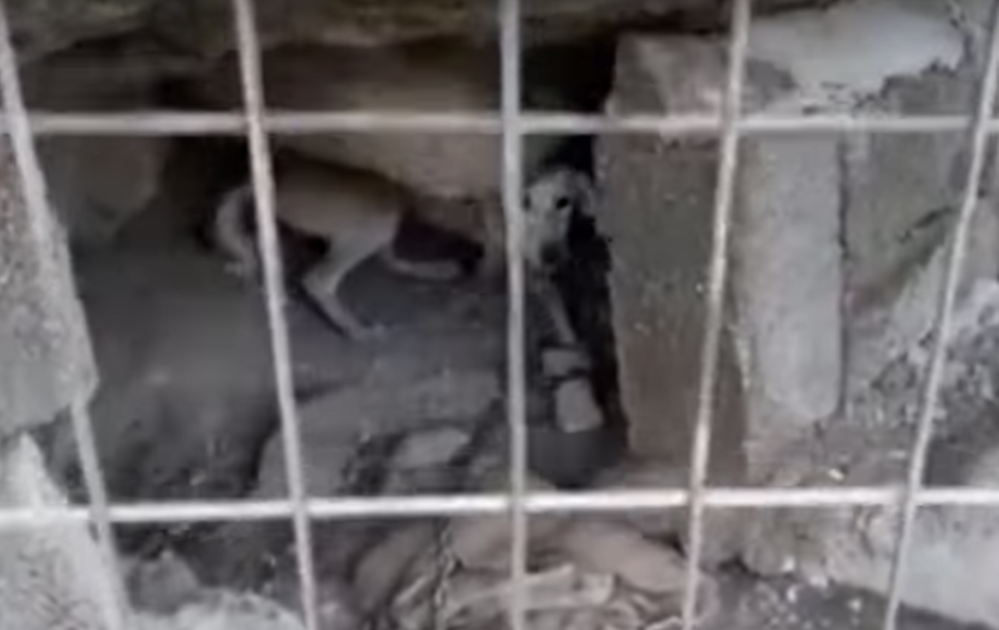 The other was chained nearby with a barrel house. Amazingly, even though the two dogs were separated, they had a strong bond. They understood that despite the abuse and neglect, they were in this together. Comrades, siblings, teammates. Once one dog was freed, the other couldn’t wait to get to her. He saw her walk passed and cried like crazy. But the rescuers had to free them one at time. 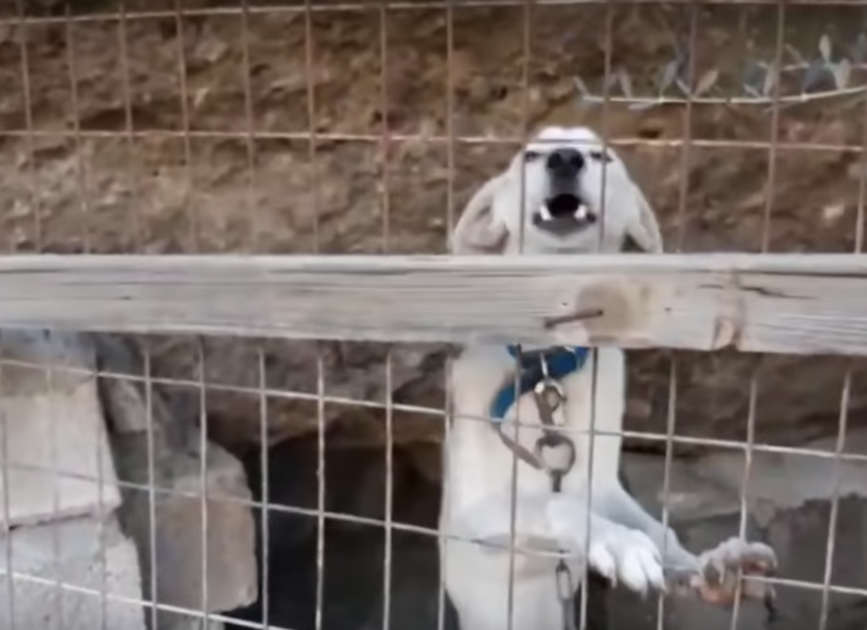 You could see that he was heartbroken. He didn’t want to be left behind, especially without his best friend to keep him company. Takis tries to comfort him, “Darling, we are going to take you too. Don’t worry.” But the dog is frantic. He’s unsure of what is going on and where they are taking his sibling.

Thankfully, the other dog is soon free too. His tail wags say so much: Thank you. You are all angels. I’m so glad you’re here. How can I ever repay you? It’s heartwrenching to know they were treated this way in the first place, but we must focus on the good now. They are FREE! 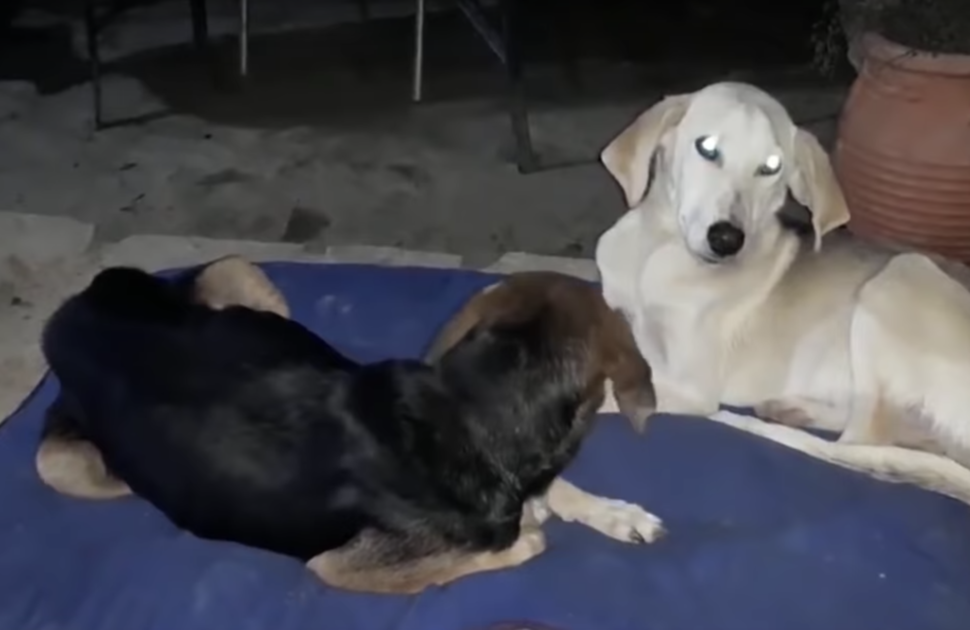 The two dogs are finally brought together. They lie happily on a blanket. They can finally lie down comfortably and at ease, knowing they will never be locked away again.

The female, Takis says in the video, is much older. Takis explains that she is so sweet and calm and nice. Which is quite incredible considering all she had been through. She loves to be pet. She welcomes affection as if she has forgiven all of mankind for her owner’s cruelty. 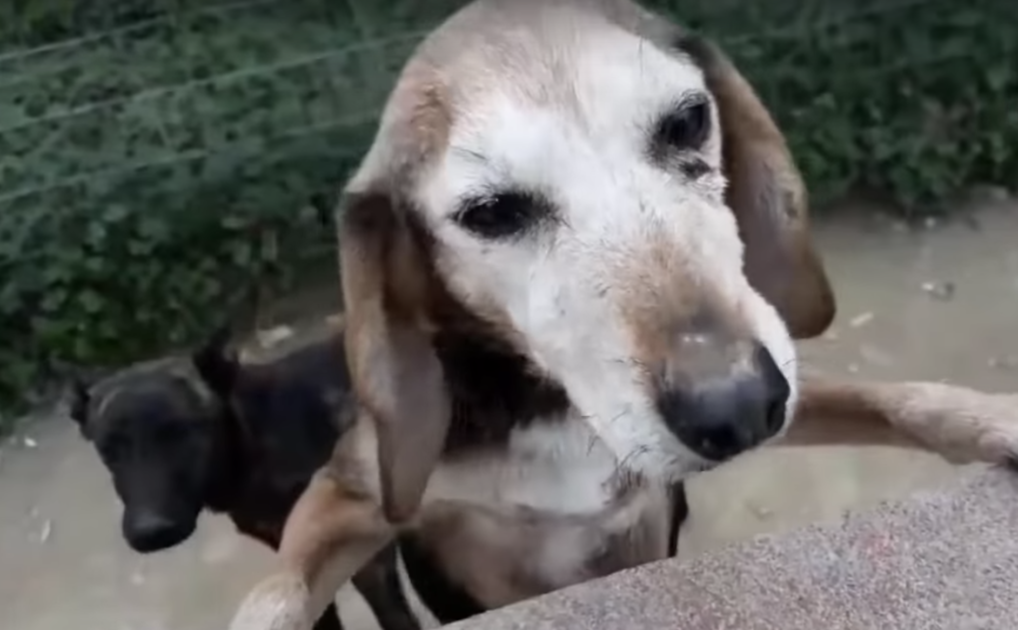 The other dog is a boy and very young. In fact, he’s not even a year old. He loves Takis so much and who can blame him?! He understands that Takis is the one who is making a new life possible for him. 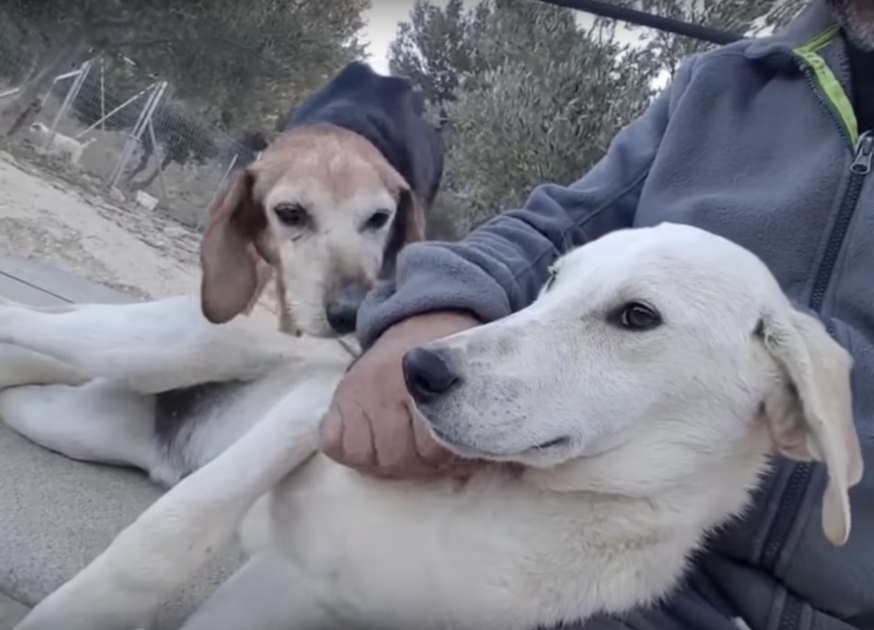 Takis named the dogs, Mumia which means Mom or “mum” and Danny. The two dogs will always share this unspoken bond. The horrors they faced together and only having one another for comfort, even though they were separated by chains and rocks, had made their bond very special.

Dogs like Mumia and Danny never fail to amaze us. Mumia even adopted a stray litter of puppies that lost their mom. She was able to produce milk for them too. And because resources aren’t easy to get, such as puppy formula, she may have saved their lives. 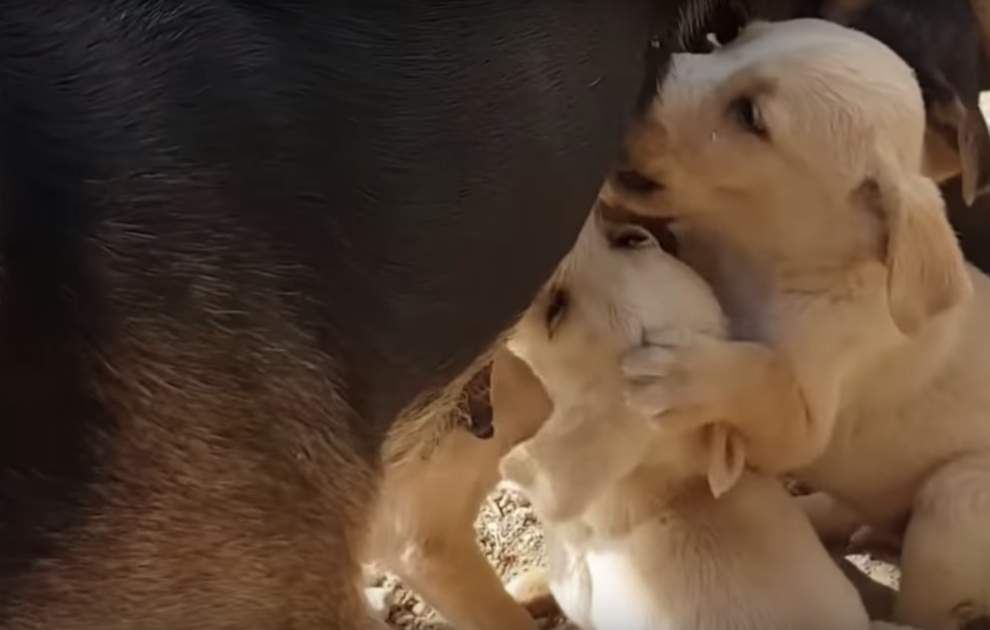 Despite Mumia’s age, someone fell in love with her. She was flown to Finland to live out the rest of her life in pure bliss! In fact, she was so happy once she was in a home, surrounded by wonderful people, that she found her zest and plays like a puppy! (And then passes out at the end of the day from exhaustion snuggled into her new favorite human.) 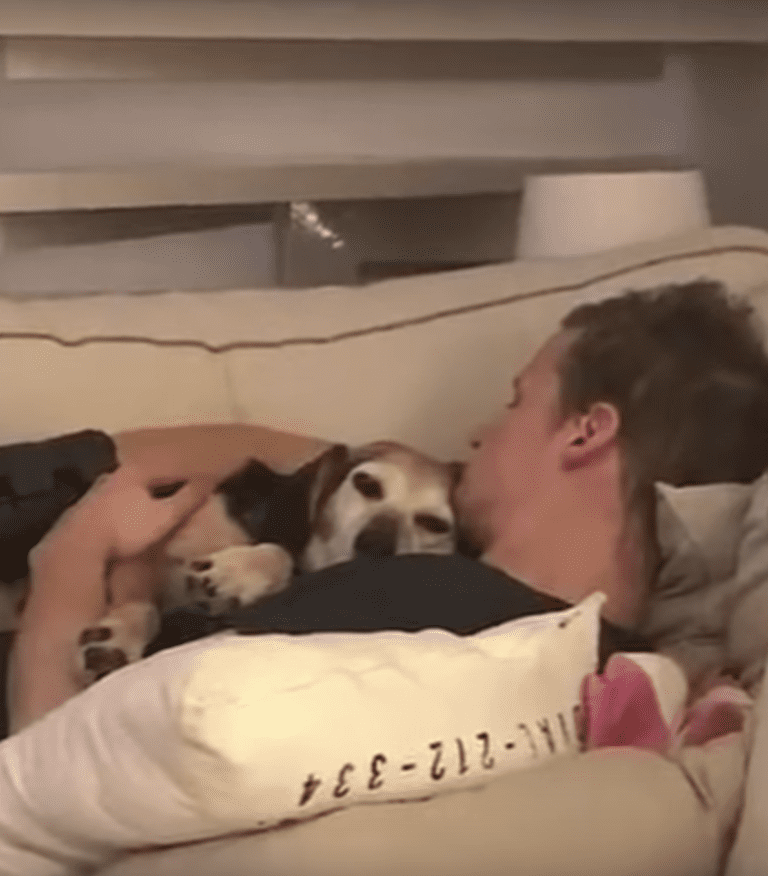 Danny still waits at the shelter. He would love a forever home too! Takis adopts out internationally so let’s do our part to find him a forever home by sharing this wonderful story.
While we understand our hearts would have preferred for the two dogs to stay together, Takis’ first priority is to place the shelter dogs in permanent homes. It’s not so simple to find a home for two dogs so when the opportunity presents itself, he doesn’t really have a choice. Since Danny is young and healthy, we believe he will find his happily ever after too. Let’s have faith that he does!

Please take the time to watch Mumia and Danny’s rescue in the video below. Thank you, Takis, and all your wonderful volunteers. Without you, none of this would be possible!
Update on the owner: The owner had to pay a fine and is not allowed to own any more dogs. It’s not a strict enough punishment and Takis and the community of dog lovers work tirelessly for stricter laws to be in place.