The owner of a puppy decides to leave him in the shelter where he adopted him years before , but the love that unites them is greater and he returned for him to merge in the most tender hug, writes fancy4work

Despite the thousands of stories that reach us about irresponsible people who neglect their pets in the most inconsiderate and even inhuman way, Lewis Jiménez had to make the most difficult decision in his life by sending his beloved Titus back to the kennel . 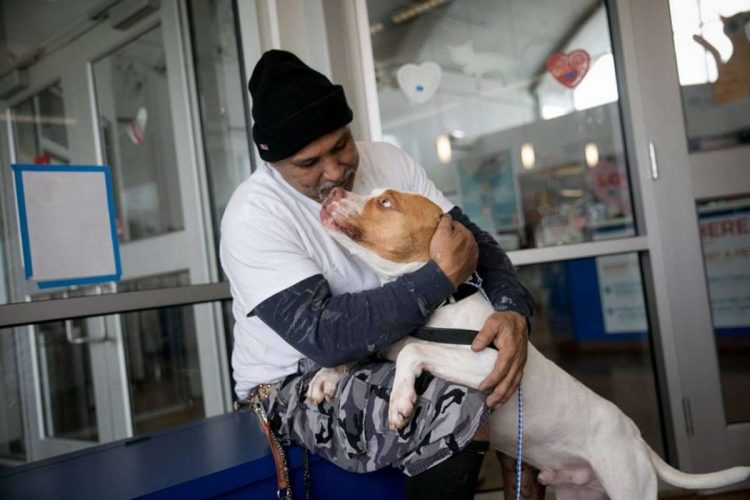 Lewis fell in love with the pit bull after a visit to the Austin Animal Center shelter . At that time he was only two years old and his little face and the excited movement of his tail captivated the man, convincing him to start with the adoption papers.

“I was jumping and happy, and I was like, ‘Man, that’s the one I want,’” Jimenez recalled. 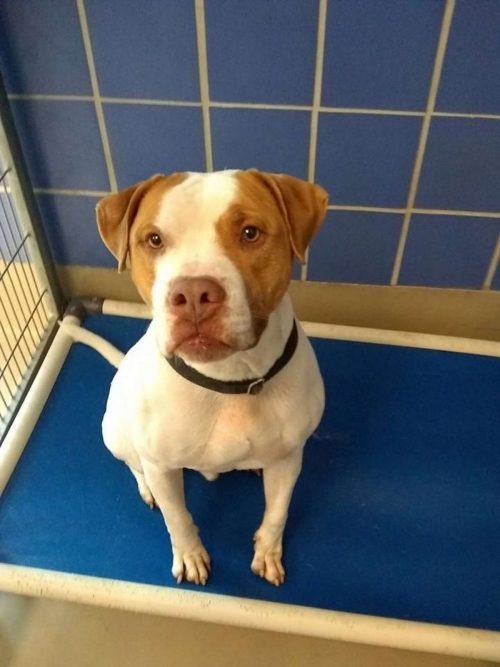 After that day the puppy settled in his new house, where he lived happily for five years. For Titus that time was like savoring honey on flakes, happiness was never lacking in his life but fate had prepared a setback for him. 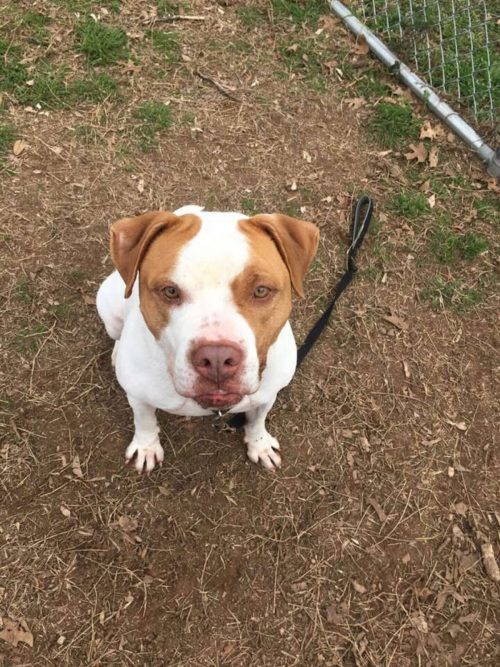 Jiménez had to move and the owner of his new home did not allow pets. The man demanded that his tenant get rid of Titus or else they both had to leave the place.

Although Lewis tried to get someone he trusted to stay with the puppy while he dealt with the matter, no one wanted to take care of this little angel. 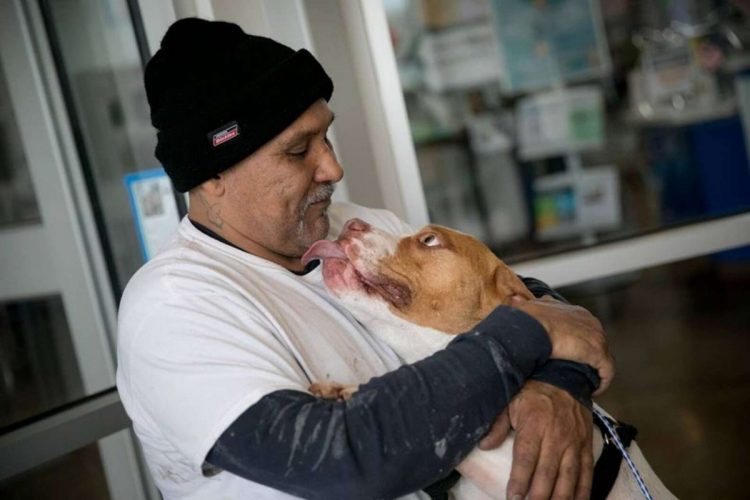 Lewis thought that the little dog wouldn’t be better off in another place than that, after all he had lived there before, but that didn’t make the farewell any less painful.

Both Mr. Jiménez and the puppy suffered at the moment of saying goodbye and that served to convince the people of the shelter that Lewis would return for the animal. 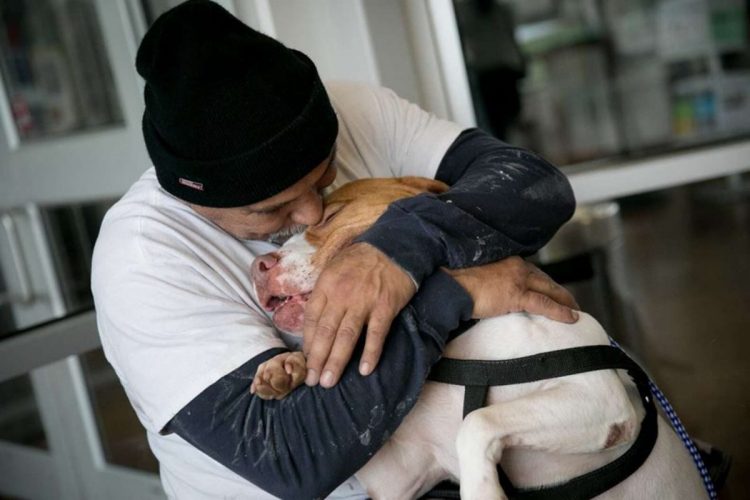 Jennifer, a volunteer at the Austin Animal Center, confessed that at first no one believed that the man would return, since many people claim the same thing and do not comply.

“From our point of view, we cannot keep dogs, because we hear owners say this all the time, that they are going to come back, but then they don’t,” explained the animal advocate. 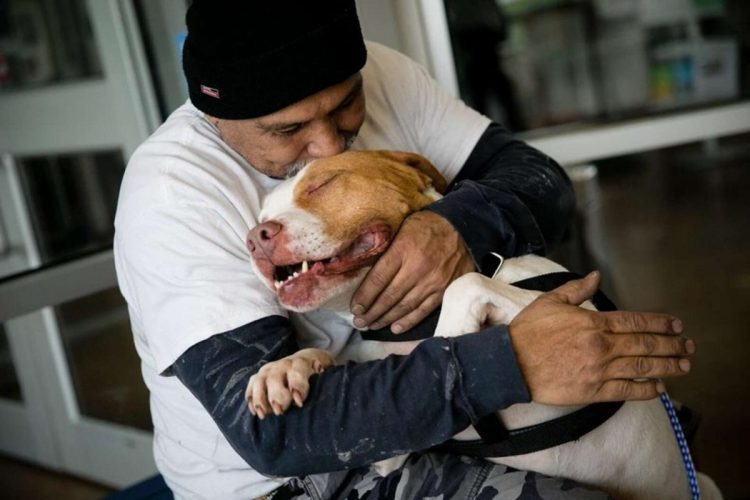 Although Titus had already lived in that place, his adaptation was not at all easy and the puppy began to change his mood during his stay there.

“The shelter is a very, very stressful place for dogs. Some handle it better than others, but Titus wasn’t one of them. He was really stressed. When you took him out of his kennel, he was great, super playful and very sweet. But in his kennel he is moody and very sad,” Jennifer explained.

Titus stayed in the shelter for four long months , and although Lewis often visited him, his sadness was evident. For that reason the man did everything possible to return with his puppy.

“He felt overwhelmed and was very sad. The volunteers took notes like, ‘Titus is not himself.’ All of that just made me more determined to do what I had to do to get it out,” the owner said. 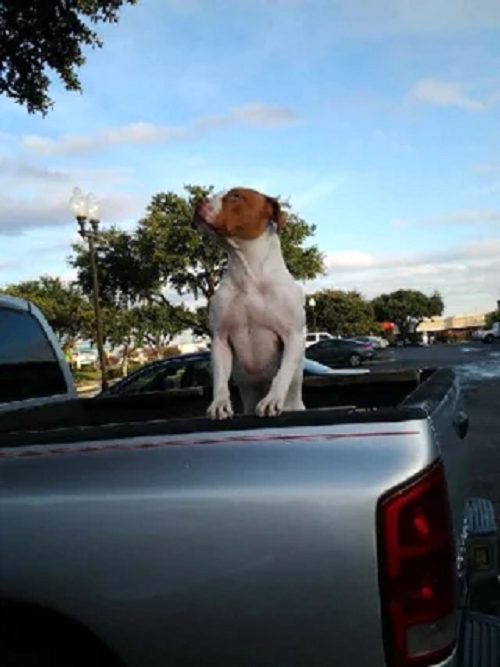 After that agonizing stay for the puppy, the creature managed to return to the arms of its owner. Lewis and his family were able to resolve their housing issues and moved into a property with a large yard so Titus would be free and comfortable. 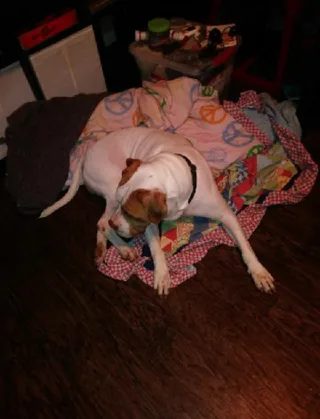 The day Lewis returned for the puppy, he couldn’t believe it and the two merged into another hug that was recorded in the lens of the shelter’s photographer. Everyone in the venue was moved by the beautiful scene.

“Staff would see them cry as they left. So the whole situation was heartbreaking,” Jennifer explained. 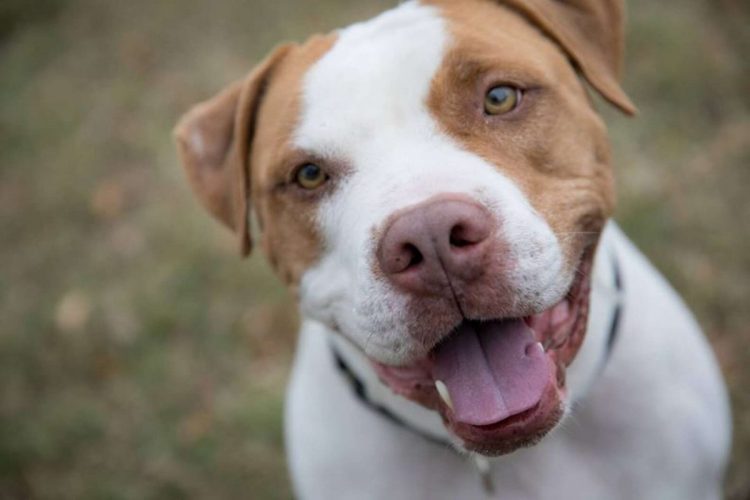 At the end of the day, the little dog returned to his real family, and Lewis swore he would never leave his side again. In addition, the man was deeply grateful to the staff of the place for the consideration they had for him and his family by agreeing to care for Titus. But above all, this owner appreciated the patience and care they had with his beloved puppy.

Getting a faithful puppy is a fortune, but even greater is knowing that this fidelity is reciprocated by its humans. Blessings and standing ovations to Lewis and Titus.