Gracie appeared to be a totally typical kitten when she was born. But Brianna Waltman soon recognized that Gracie was different from her 11 brothers and sisters in one way: she was a wolf cat.

“As a birth photographer and doula, I was super excited to be there for not one but two kitty births and offer support to the mommas if they needed it,” Waltman told The Dodo. “After about a week, the moms started to share a bed, and we helped to put all the babies together so the bigger mom could help feed the babies that couldn’t get enough milk from the smaller mom. It was so beautiful to watch the two become moms and share the responsibility of motherhood.”

Despite having the attention of two moms, Gracie was smaller and less active than her brothers and sisters and started losing the fur on her head. 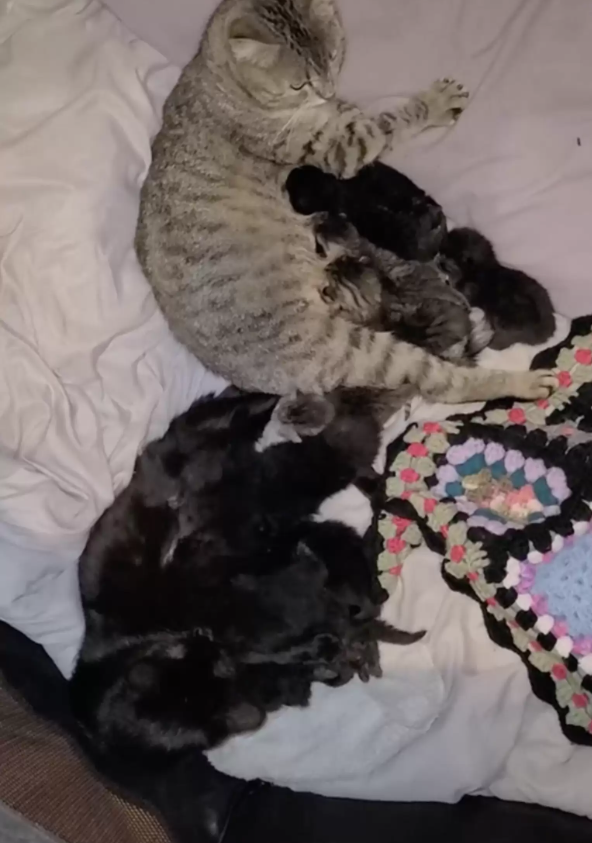 The vet determined that Gracie’s hair loss was most likely due to a fever, but even with extra care from her foster mom, Gracie’s fur kept falling out. 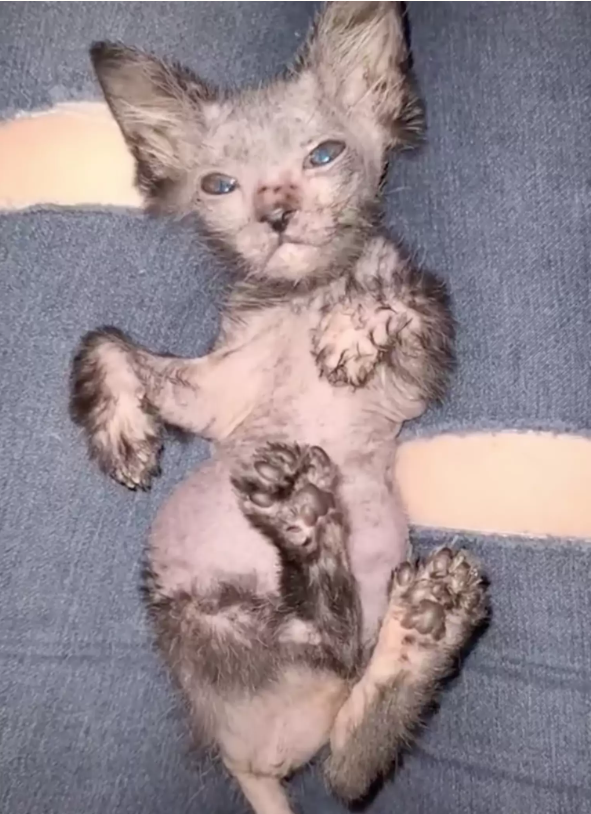 Waltman didn’t discover Gracie’s unusual appearance was due to a rare genetic mutation prevalent in some domestic shorthair kittens until she was 3 months old.

“I’d seen a couple cats online in odd video snippets that looked like the older version of her,” Waltman added. “After conducting some investigation, I came to the conclusion that she was undoubtedly a wolf cat.”

no genuine undercoat, and hairless areas of the body include the eyes, chin, nose, muzzle, and behind the ears.”

Gracie may have had a sluggish start, but she has matured into a healthy and lovable companion.

“Gracie is a regular home cat,” Waltman explained. “As soon as I go to bed, she rests a lot, plays with her toys, chases her tail, and likes to catch the red dot from the laser pointer.” 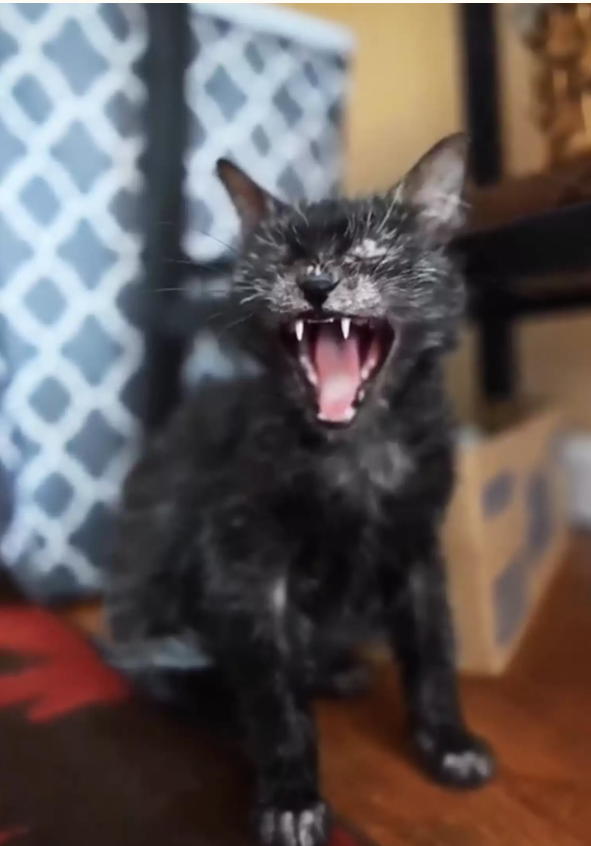 Waltman loves all her foster kittens, but Gracie has turned out to be the best surprise and is truly one of a kind.