“It was one of the worst rescues I’ve done in my life ,” said Josiane Almeida, an animal-loving woman from Brazil, who was alerted to a horrific situation of abandonment and torture of a dog along with her puppies, writes fancy4work

The mother and her little ones were found tied inside a bag and abandoned on a local road in the rural area of ​​Lagoa da Plata. 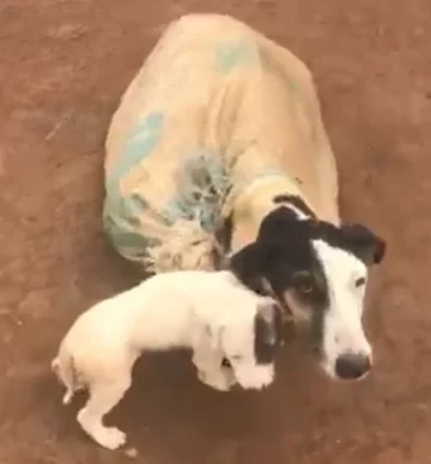 It is not known who or why they left this mother and her little ones in the middle of nowhere.

“My friend called me saying that the dog was tied up in a bag and there was a puppy nearby. She was in the middle of the road and it was raining a lot at the time my friend passed by and she had no way to stop her,” said Josiane.

The woman and her husband Edson quickly made their way to the scene and were completely heartbroken to discover the atrocity to which the mother and her defenseless puppies had been subjected. Immediately, they proceeded to record everything to have evidence of the terrible discovery. 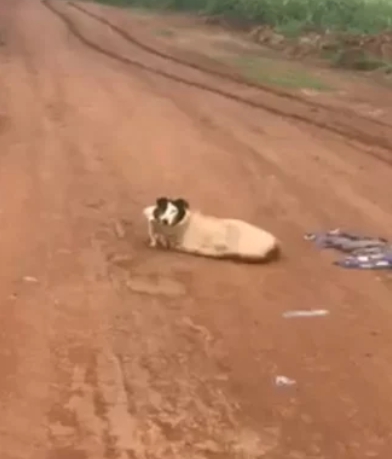 “I felt very nervous and desperate with the situation, even more so when we opened the bag and saw that I had more puppies and they were running out of air,” she added.

The video of the rescue had more than 5 million views, causing great outrage on the networks. 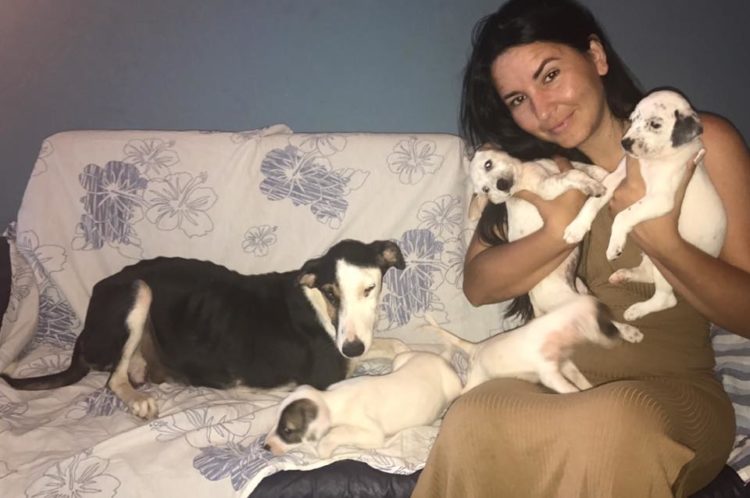 “One of the worst scenes of abuse I have ever seen. If you don’t have the strength, don’t watch it. Sick mother with puppies tied up in a bag and dumped in the middle of nowhere. Apparently, for a long time. Puppies dizzy and weak due to lack of air and mother bleeding a lot. What a coward. What a sin, but God is going to charge for this, I’m sure. Watch until the end”, Josaine wrote next to the video.

The little dog was understandably scared and fearful that someone would approach her. But she quickly realized that they were there to help her.

In the video, one of the cubs can be seen standing outside the sack, while the mother and three others were cruelly tied up . How far can human evil go! They had been discarded as garbage.

The four puppies were totally weak and hungry, but the saddest was yet to come…

Josiane has 50 dogs at home, all rescued after being victims of abuse. 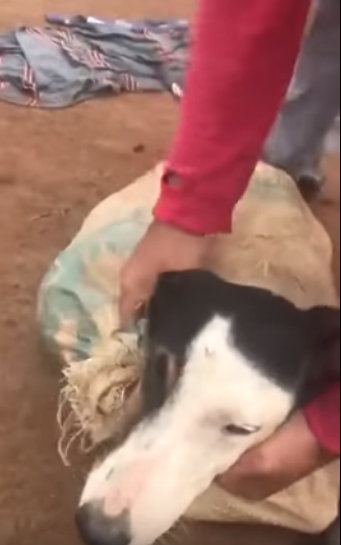 This good woman knew that the little dog only had her, so they immediately released her and then took her to the puppies to feed and hydrate them. She, above all, was in charge of making them see that by her side nothing bad would happen to them.

But when he took her to the vet, they soon discovered that the poor mother was in too much pain. She had a malignant mass that was killing her, for which she required immediate chemotherapy treatment. 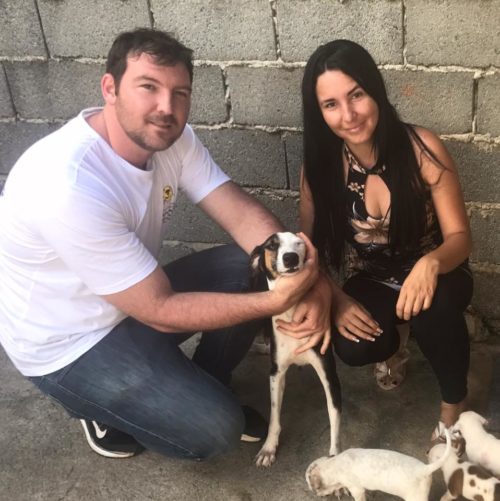 But sadly, all the supplies and medicines exceeded the economic possibilities of these kind souls. So she decided to share the story of the dog and her rescue on her social networks to ask her friends for donations. Only then could save the dog’s life!

Many sympathized with Josaine and Edson after being totally shocked by their story. 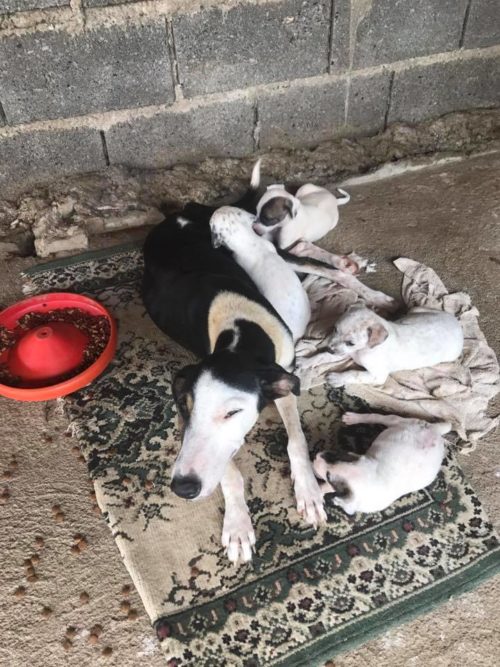 Fortunately, the dog has already started receiving chemotherapy and has responded wonderfully. It is very moving to see how physically she is better just by seeing that her little ones are cared for and fed.

Josaine reported that the little ones can be adopted as soon as they are able to adapt to a new home:
“Before, this family was drowned in a sack left to die, but since God is good, we managed to get them out of suffering! Today they live well with me! Thank you God for giving me this opportunity”, concluded this heroine.

Additionally, she has said that whenever her rescued dogs don’t find a home, she adopts them into her home. «My dream is to have a place to live with them. Half of my salary I spend on dogs », she clarified.

The world needs more heroes like these people. While some heartless show that they have a stone for a heart, others do whatever it takes to repair the terrible damage done to innocent animals. Share the shocking rescue of this dog and say NO to animal abuse.
Source: fancy4work.com