Citizens in Australia feared that the wild bushfire has eradicated the entire population of Koala Bears in their country. Though the bushfire has subsided, it left an immense heatwave that most animals could not bear.

In the following video footage, you will notice a group of cyclists stopped by a thirsty koala bear that was sitting in the middle of the road. Amidst the heatwave, koala bears that survived have fanned out and are desperate to find water to quench their thirst.

On Friday, December 20, 2019, Anna Heuseler and her group were cycling to Adelaide when they came across a thirsty koala sitting in the middle of the road. By then, the temperature had reached 40°C, and the poor creature was clearly dehydrated. Luckily, the koala seemed to understand that the group would be able to help it. 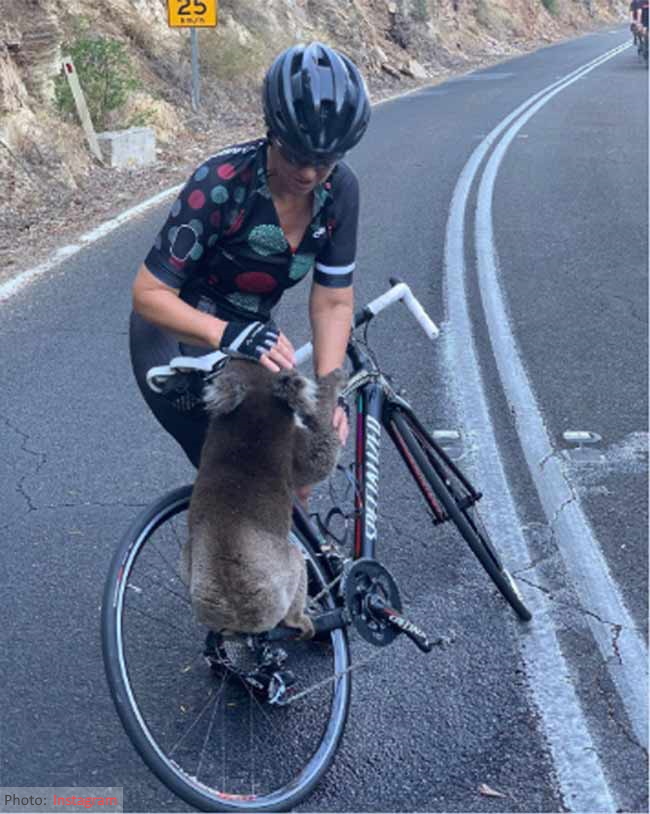 The group of cyclists stopped to help the thirsty koala bear.
In the video, the little koala climbed up Anna’s bike to take a sip of water from her bottle.

On her Instagram, Anna wrote: “This koala was walking right towards me when I got off my bike, and I was calling him to have a drink. BEST THING THAT EVER HAPPENED TO ME ON A BIKE.”

Anna’s followers on Instagram felt so much concern for the sweet koala that approached her and expressed their concerns about the challenges that the species are facing due to the rising temperatures and ongoing bushfire crisis.

One person commented, “You are one of the good persons in the world.”
While another commented, “A truly kind person… it’s so fun watching this video!” 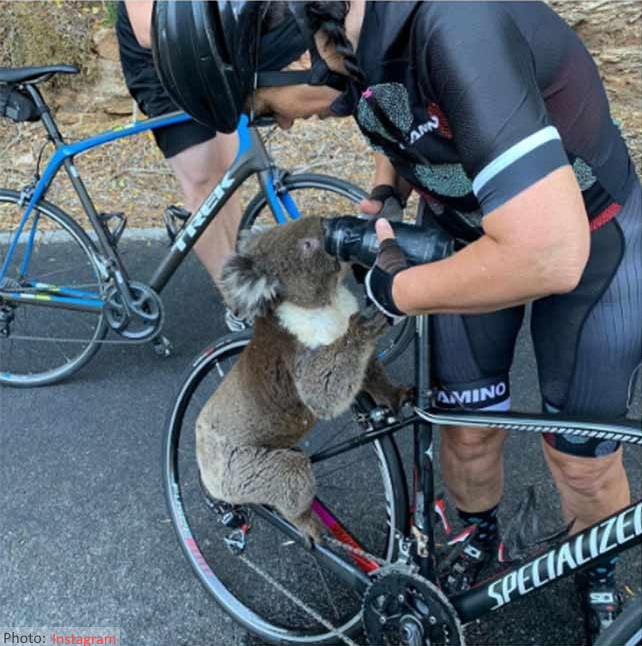 The koala climbed up her bike to drink water from her bottle.
Speaking to 7News, Anna said it was unusual to find koalas out of the wilderness, but she was surprised by the animal’s reaction when they passed him:

“We’ve seen hundreds of koalas over the years, we’ve never seen a koala do this. We got off Norton Summit Road back into town early this morning and we passed a bend and there was a koala sitting in the middle of the road. Naturally, we stopped because we would help move it off the road.” 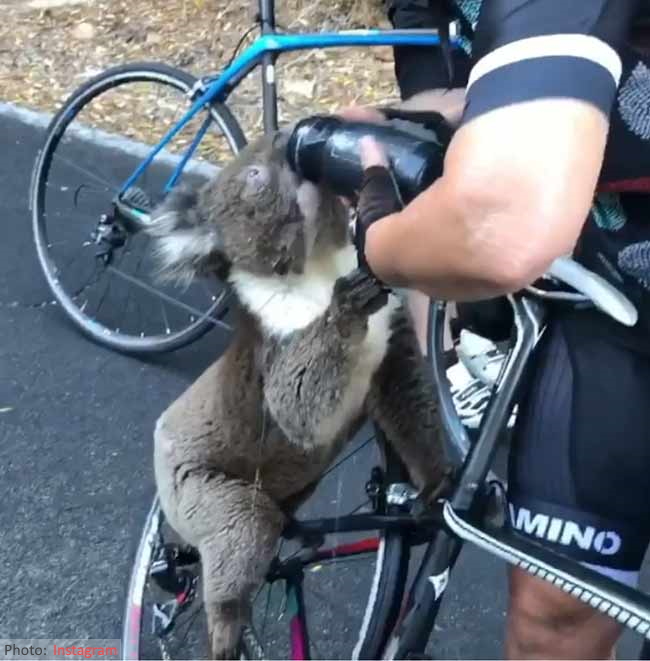 Netizens expressed concerns about the surviving koalas in the wild.
“I stopped my bike and he walked towards me, fast enough for the koala, and when I gave him a drink from our water bottle, he actually climbed onto my bike. None of us have ever seen anything like it,” she added.
Fortunately, the koala bear was not injured in the raging bushfires that have destroyed many regions of the country and was reportedly returned carefully to a nearby tree shelter with the other surviving koala bears.